There is so much to look forward to when the World Championships in Denmark begin on Sunday afternoon with the Sprint Relay in Kolding.

The world’s best orienteers have been training for years to perform at their very best in the first-ever sprint-only WOC.

And a new chapter in orienteering history will be written on Tuesday, when the first Knock-Out Sprint World Champion is crowned on the streets of Fredericia. The rather new discipline was tested and then adopted into the WOC program during the last half of the 2010s. Initially it should have made its debut in July 2020, but the postponement of the WOC in Denmark means we have to wait until this Tuesday.

All three competitions can be followed via IOF LIVE – get your ticket for the TV stream.

That brings us to a look at the men’s class favorites heading into the WOC in Denmark.

The reigning European champion Matthias Kyburz (SUI) must have a lot of confidence going into the KO Sprint competition after winning the discipline in the first round of the World Cup in Borås a month ago and holding the KO Sprint title after last year’s EOC in Swiss. Connoisseurs will even remember his astute victory at the Euromeeting KO Sprint in 2018 on Danish soil.

World Cup leader Tim Robertson (NZL) showed great form in Borås finishing second in the Sprint and KO Sprint. He snatched the bronze medal at the WOC Sprint last year in the Czech Republic and is ‘only’ missing the gold medal to complete a full streak of WOC Sprint medals. 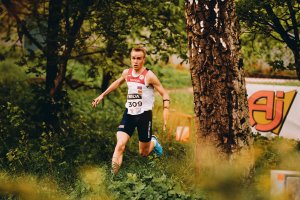 Kasper Fosser (NOR) looked well recovered from his injury at the World Cup in Borås, where he won the Sprint and finished fourth in the KO Sprint. Played a key role in Norway’s silver medal in the sprint relay last year, where he took four places in his third leg. Chose not to start this Wednesday at the Norwegian sprint championships due to pain, but hopes to prepare for the WOC, where he must race in all three competitions.

Yannick Michiels (BEL) finally got their first championship medal at the EOC last year and can’t wait to do the same at the WOC. Finished third at the Sprint World Cup in Borås and has traveled to Denmark several times in recent years to prepare for sprint competitions in Kolding, Fredericia and Vejle. 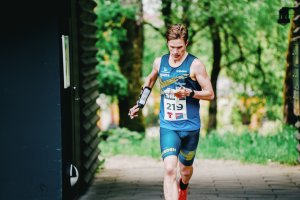 The Swedish men should not be forgotten, since they claim the fourth (Auguste Mollen), fifth (Gustave Bergmann) and sixth place (Martin Regborn) in the current World Cup standings after the May races. Otherwise, Isaac von Krusenstierna and Emile Svensk will have an additional starting spot in the Sprint and KO Sprint due to their Sprint Championship titles from past years WOC and EOC respectively. August Mollén impressed by finishing third in the Borås KO Sprint, while Svensk and Regborn proved their strength in the Sprint Relay, which they won with Lina Strand and Karolin Ohlsson as Sweden 2.

Relay of the TrailO world championships: double for the Czech Republic