Success in the sprint for Great Britain and Norway

The new world sprint champions are Megan Carter Davies of Great Britain and Kasper Harlem Fosser of Norway after two thrilling and eventful races in Vejle, Denmark. Favorite Tove Alexandersson was beaten in 6e place today, after making two mistakes on the course. Fosser won by an impressive margin: 16 seconds.

Great Britain also won women’s bronze; Alice Leake, an experienced competitor who had not raced the previous two races, was 18 seconds slower than Carter Davies, and the two were separated by Switzerland’s Simona Aebersold, who was 6 seconds behind the winner. “I was focused on making the right route choices and running without mistakes,” Carter Davies said afterwards, “and made no real mistakes.” That wasn’t the case for Tove Alexandersson today, and starting fourth from last she was clearly under pressure and made two route execution errors, one at the start and one towards the end. . 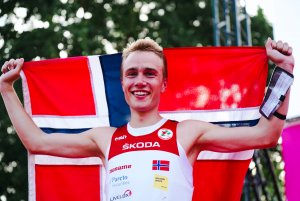 Yannick Michiels, Belgium, a very consistent top sprinter in recent years, won the men’s bronze after Kris Jones, Great Britain, was disqualified for a bad punch – he missed check 12 Gustav Bergman, Sweden rode a very consistent race to win silver 8 seconds faster than Michiels, but no one could match Fosser’s form today – he was supreme throughout despite his recent recovering from injury and missed the Knock-Out Sprint as a result. 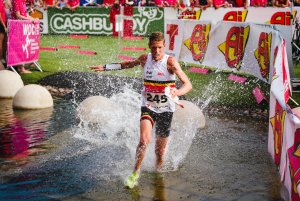 The arena was as usual buzzing with excitement, and the added fun was provided by a splash of water that all contestants had to traverse – 5-6 steps in water several inches deep. A warm sunny day was perfect for the spectators.

Thus ends the 2022 World Championships, the first-ever “WOC Sprint” and the first WOC to include a Knock-Out Sprint. The next WOC is a forestry release in Switzerland in July next year, followed by the next Sprint WOC in Edinburgh, Scotland in 2024.

Results in the lead, sprint final